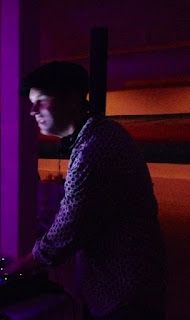 Aaron Wolinski was born in Traverse City, MI. From an extremely early age, he was exposed to all kinds of music ranging from Peter Tosh & Bob Marley, to Motown, The Beatles, Miles Davis and so much more. He received his first guitar in the 5th grade and took lessons learning Bob Dylan, C.C.R, Eric Clapton, CSN&Y, and traditional songs of all kinds.

In the 7th grade, Aaron Wolinski took up the alto saxophone and played in the school orchestra. At 15, he was bit by the rock ’n’ roll bug, bought a bass guitar, and was well on his way to forming his first of many, many bands over the years including: THE VIBE TRIBE, JOLIVES, COURT MAGICIANS, FREEL, WANDERING EYE, SPEAKEASY, HOOPLA, ZILLION, NORMAL NEIGHBOR, FAIRCHILD, etc.

Coinciding with his interest in performing and touring with bands, Aaron Wolinski began to develop an enthusiasm for audio production. He bought his first 4 track tape recorder and would consistently record his band practices, shows, and other bands in the region. This lead him to studying Broadcast Communications at Specs Howard School of Broadcast Arts in Detroit, MI.

While attending Specs, he purchased the first 16 track DAW station and began doing voice over work for commercial radio. After completing school, Aaron Wolinski became the morning show host on 97.5/98.9 WKLT, as well as the Production Director for 106.7 WKPK, 92.9/94.5 WBYB, and 97.5/98.9 WKLT. 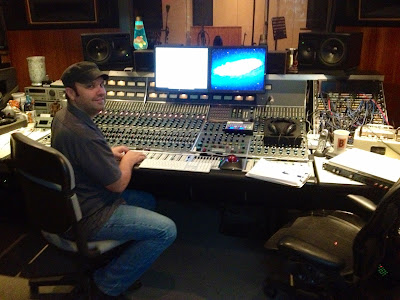 Aaron Wolinski's first production company was called LEVITY PRODUCTIONS and he would produce many artists by himself and in collaboration with Jay Kott including: TWITCHY, RON GETZ, MIKE MORAN, KURT BOWMAN, RACHEL BOROVIK, BRAINPAN, etc. 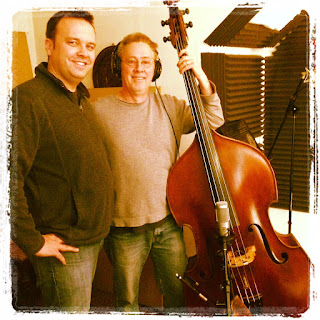 Aaron Wolinski eventually became involved in movie production. He was the audio engineer on the Oscar Nominated film “CAPITALISM: A LOVE STORY” directed by Michael Moore. He was composer/engineer on the independent film “SOMEWHERE WEST” that won dozens of awards at film festivals nationally. Aaron Wolinski did voice over work/engineering on the film “LOOKING FOR THE MISSING LINK”. He also appeared in the documentary “ART OFFICIALLY FAVORED”. 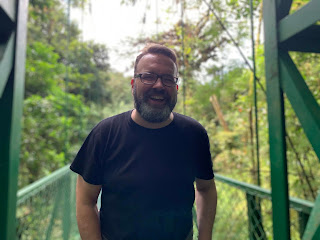